According to Visa Center,  Iceland has a rich history of academia, beginning with the ancient saga writers, who recorded almost all that we know about Norse mythology and medieval Scandinavia. Upon the Christianisation of the country, ecclesiastical sites became dedicated learning institutions, taking on the bulk of translating foreign religious works into Icelandic.

This would be continued for decade upon decade, grounding the Icelandic people in a steep history of active learning.

Throughout the proceeding centuries, Icelandic intellectuals continued this long tradition of pursuing knowledge. They even played a major part in the country’s independence movement, a drive that went hand-in-hand with developing this island’s first higher-education institutions.

Since 2010, following the violent eruption of Eyjafjallajökull stratovolcano, Iceland has been the go-to travel destination, with tourists visiting from across the planet. Many who visit feel an instant connection with this ancient land, and hurriedly begin organising repeat trips to the country. Other travellers begin to weigh up options on how they might come to spend more time here: Moving abroad? A work exchange program? Studying?

The reasons for wanting to make the commitment are obvious. Nature here is indescribably stunning and unique, the local population is friendly, educated and welcoming and the opportunities for self-development, growth and learning are, seemingly, never-ending.

Iceland is a relatively large country with a very small population (approximately 335,000), making it quite unlike anywhere else. Community spirit is tangible here, with locals relying on one another for entertainment and support, an important fact of life given that Reykjavík is, in truth, the only major urban centre in the country.

Studying, of course, should never be considered a vacation; if you accept a place at an Icelandic university, you will well and truly be living here, facing the same everyday issues that the locals do, i.e. rent, food allowance, bills, etc.

Where To Study in Iceland?

There are seven nationally accredited higher education institutions to be found in Iceland, each of which has its own advantages in terms of specialisms, reputation and location. Depending on what field you are looking to study, a clear choice should stand out from the pack—it is important to clarify first, however, which courses are provided in English by the institution in question.

It is also worthy to consider exactly how you wish to spend your university days. Those planning to study here from abroad may have visited Iceland previously, but many have not, meaning that all they know of the country is from what they have read, watch and heard from others.

Many will likely overestimate the “wealth of attractions” in Akureyri, for example, realising quickly that three years of life is quite different to a two week’s vacation.

That’s not to suggest for one moment that Iceland is, in any way, a barren rock devoid of life—on the contrary, but it does provide a quality of living that is highly contrasted to the fast-paced, competitive atmospheres of those education institutes found in, say, New York, Zurich, Tokyo, or Sydney.

To put it another way; if you’re studying and trying to find a quiet place to study… you’re not looking hard enough.

If you are attending one of the institutes in the capital, such as the University Of Iceland or Reykjavík University, you will be blessed with all of the amenities of the city, whilst those studying in the more isolated regions, such as the Agricultural University of Iceland, in Borgarnes, will be privy to gorgeous surrounding nature throughout their tenure.

Both offer their own unique advantages and disadvantages, offering both environments and special experiences that cannot be matched by the other. If you have an area of study in mind, it is always recommended to contact your university of choice directly to ensure the course is provided in English.

Nestled in the country’s southwest and home to two-thirds of an already diminutive population—approx; 123,000, with 216,940 in total found in Greater Reykjavík, referring to the city and six surrounding municipalities—this is very much the heart of the Icelandic nation.

It should come as no surprise then that Reykjavík sees the main bulk of pedestrian traffic, be it visiting tourists, busy locals, exchange students or foreign workers, this city is alive like no other place in Iceland.

Boasting two of the country’s premier educational facilities, The University of Iceland and Reykjavík University, Reykjavík is a city which continues to attract students from across the world, offering a Nordic, European charm, a quiet place to study, reflect and grow, and quality learning programmes to top it all off.

That’s not to mention the incentives offered to foreign exchange or international students by each prospective university, more of which can be found on their websites. 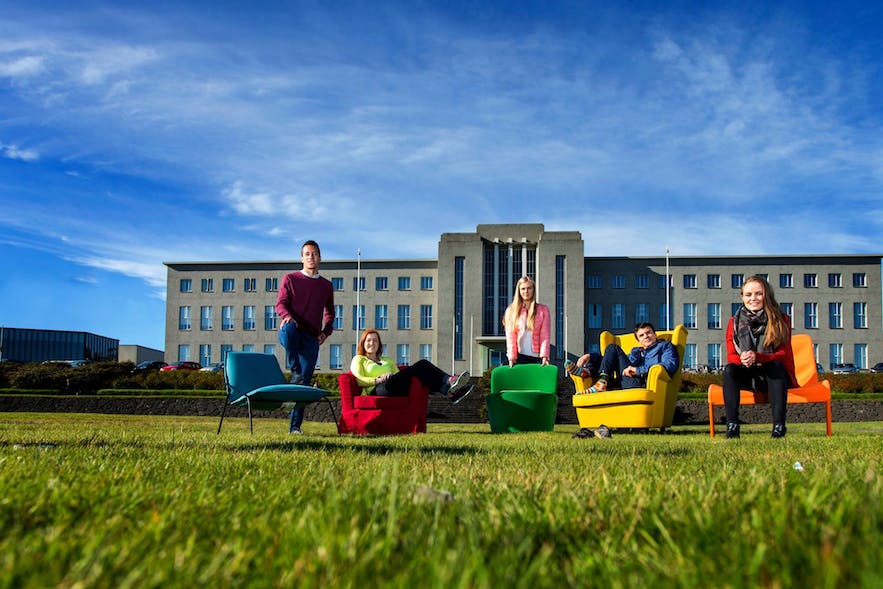 The University of Iceland, (“Háskóli Íslands”) is the country’s leading education facility, providing a wide range of undergraduate and postgraduate courses to approximately 13,000 students. The institution provides 400 programmes, boasts a permanent staff of 1500 employees and lecturers, and is one of the key participants in field study, with ten different research stations found across the country.

The university was first founded on 17th June 1911, located in the Parliament House at Austurvöllur. The date of its founding held particular importance; it was exactly one hundred years since the birth of Icelandic statesman, Jón Sigurðsson, whose ties to the country’s independence movement have long been held in high esteem by the country’s intellectuals.

The university resided for 29 years, having merged with the School of Medicine and the School of the Law (both of which were to become faculties), and a newly established School of Philosophy (in which no one enrolled for the first year).

1911 saw 45 enrolled students, of which only one was female—this stands in stark contrast to today, where approximately 65% of enrolled students are female, as are 45% of faculty members. The University relocated to where it stands today, at Suðurgata, in 1940, where it continued its rapid expansion.

The university maintains strong links with other educational facilities abroad, continues to contribute actively to research papers and conferences across the globe and ranks highly on international statistics. 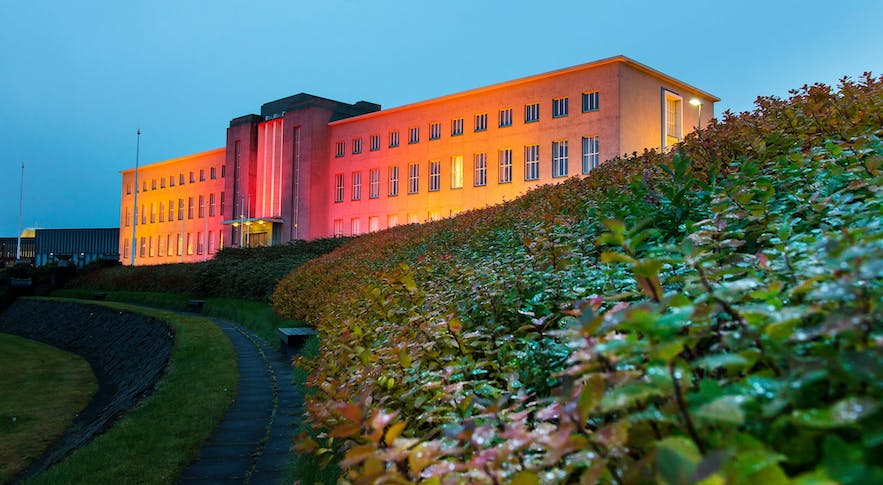 For example, in 2018, graduate students on the MA Natural Resources and Environment were encouraged to attend both the Arctic Circle Conference in Reykjavík, as well as a talk held at MIT in Boston, US, to name just two examples of the opportunities on offer.

Housed in a particularly modern-looking building beside Reykjavík Domestic Airport, this education provider supports roughly 3800 students, 250 permanent staff and a fantastic 8.5 (out of 10) recommendation score among graduates. The university building itself, opened in 2010 at Nauthólsvík, was constructed to resemble the sun, with rays extending from its core. 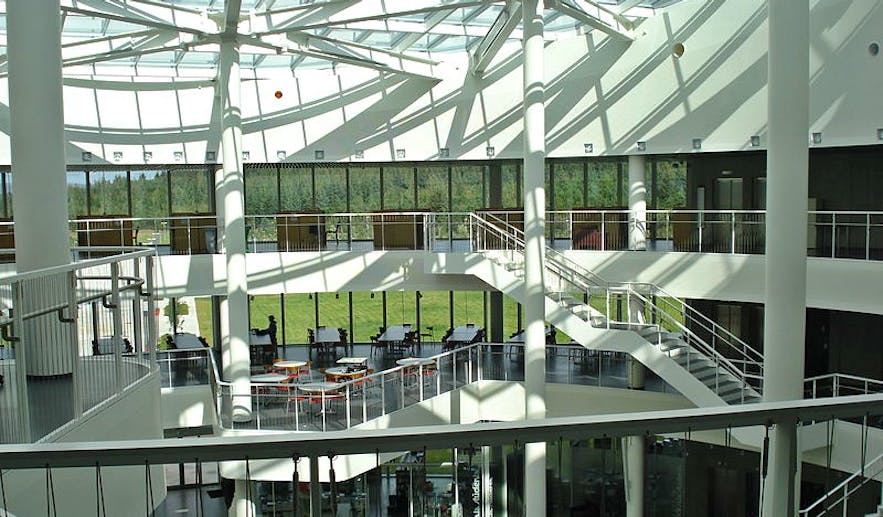 The university uses a multi-disciplinary, hands-on approach to learning, preparing students for the challenges they will likely face after graduation. For example, those studying building will also gain a grounding in computer science, making for a truly vibrant and practical study environment.

Stay on social networks with us